The History of Our School

In 1816, a small school was built in Back Lane, near to the chapel which had been built in the garden of Mr Richard Horrabin's house (the chapel building still stands on it's original site and was used for many years as the local Magistrates Court.)

The school catered for ever increasing numbers, especially during the summer months when large numbers came over from Ireland for haytime and the potato harvest. These numbers were further increased following an influx of families to the area in 1836 with the opening of cotton spinning mills in both Calder Vale and Catterall.

In 1839, a second storey was added to provide separate Sunday school lessons for boys and girls, although the day school continued as a mixed school under the care of the schoolmaster. By 1845 however, increasing numbers gave rise to the additional appointment of a schoolmistress, which meant that the two classrooms could be used to teach the boys and girls separately. 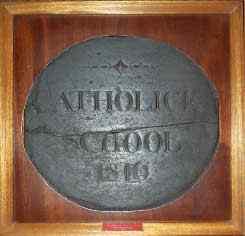 In 1856, Father Michael Hickey was able to purchase sufficient land in Bonds to accommodate both a new church and a school. The school, on it's present site, was erected in 1856 and consisted of two classrooms (used today as our Reception class and staffroom.)

In 1859, both teachers gave notice that they were to leave and, after many years of problems with his staff, Fr Hickey consulted with his Bishop and it was decided to employ nuns instead of lay people.

Three nuns from the Sisters of Charity of St Paul arrived at the end of July 1860, the interim period had seen the children taught by Fr Hickey, assisted by two ladies and a young man. The nuns lived in the convent which was situated behind the school, the building is used today as the Parish Centre & Hummingbirds Nursery. 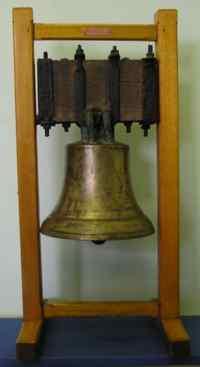 A century after the school was built, due to the growth of the town and the resulting increase in population, work began to erect two additional classrooms (Year 4 & 5.)

In 1960, Catholic comprehensive schools were built in Preston and Lancaster to educate 11-18 year old children. Despite the older children now being educated in the new schools the continuing growth of Garstang and it's surrounding areas made further extensions necessary.

In 1968, an assembly hall complete with stage, a staffroom, headteacher's room, extra classroom (Year 6) and a kitchen were added. Fr Conway negotiated with the Education Authority, and by paying half of the costs the building of a larger than usual hall, which could be used for school meals, general school use as well as parochial use, was possible. The addition of the hall and kitchen meant that the children no longer had to walk to the nearby Liberal Club (now the Westminster Club) for their midday meal.

In 1968, after more than 100 years of service, the last of the nuns left, and teaching was once again carried out by lay staff.

Two further classrooms were added in 1972/3 (Year 2 & 3) including a resource area between the two. At the same time the kitchen was extended, a new playground was laid out and an adjacent field was acquired for sports. The building of the new classrooms meant that the old infant playground was now surrounded by buildings, creating a quadrangle area which is today used as an outdoor area by our Reception Class.

In 1999, two classrooms were extended into the resource area and a corridor created to avoid unnecessary traffic through the first classroom to reach the second. During 2004/5, we saw the extension of the former music room to create a new classroom for Year 4. The most recent alterations, during the summer of 2018, saw the extension of the Year 4 classroom, the staffroom was moved and the old staffroom and next door classroom were extended to create two new classrooms (Year 2 & 3.)

The school has now been on its present site for over 160 years, and many of our children have parents, grandparents and great-grandparents who share many happy memories of their own time at our school. What a wonderful history we have, shared by so many people!